Today, Ubisoft announced that it will increase its creative capacities in Sweden with the opening of Ubisoft Stockholm.

The new studio will be led by Patrick Bach, fresh from 15 years with EA’s DICE studio in Stockholm, most recently holding the position of General Manager. An industry veteran with numerous AAA titles under his belt, the new studio will benefit from Bach’s proven track record in innovation, world-class technology and international management skills.

The Ubisoft Stockholm teams will collaborate with Massive Entertainment – A Ubisoft studio in Malmö, Sweden, on the development of AAA games including the recently announced Avatar game.

Ubisoft Stockholm expects to grow to a team of 100 in the first two years of operation, and is starting to recruit immediately.

I am thrilled to be joining the Ubisoft family, where I feel I will be able to use my experience in the game industry in a new and different way. 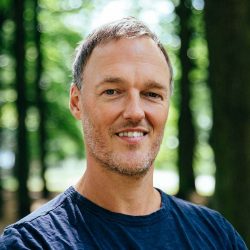 The new Stockholm studio will plug into Ubisoft’s cross-studio collaboration approach, in which Ubisoft studios from across the globe work together on AAA game development, with each studio providing distinct contributions based on their areas of expertise. Massive and Ubisoft Stockholm will work together particularly closely.

Just one hour from Malmö by air, Stockholm is a world-leading tech region, and a recognized hub for game development thanks to its high-potential talent pool fueled by many famous studios and local schools.

The city is the most populated city in the Nordic region, and internationally acclaimed for being a great place in terms of innovation and for start-ups. The city is also home to some of Europe’s top ranking universities, such as the Stockholm School of Economics, and Royal Institute of Technology (KTH).

The addition of the new studio means that Ubisoft will take an even stronger position in the country’s video game ecosystem, creating 300 job opportunities in total in Sweden. “Ubisoft Stockholm is the latest example of Ubisoft’s selective expansion in Europe and beyond, aiming to tap into high potential talent pools, and further strengthen our existing local presences,” stated Christine Burgess-Quémard, Executive Director of Ubisoft’s worldwide studios.

“We believe that Ubisoft Stockholm will be an important pillar in this expansion, enabling us to continue to attract some of the best talent in our industry.” 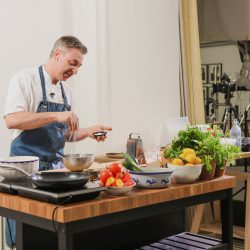