To enable better connection, sharing, and branding, the Snowdrop team at Massive Entertainment decided to host the first ever Snowdrop Summit in November this year. With four days of inspiring and innovative talks with experts from different Ubisoft studios around the world, the Summit aimed to inspire and create a deeper understanding for the engine’s users.

Fast, innovative, empowering, and flexible: since its inception, the Snowdrop engine has helped power many games and IPs at different Ubisoft studios all over the world. Last month, a new campaign for the Snowdrop engine was revealed, with a new website and other initiatives being launched.

But there was also another first for the engine in November: The first ever Snowdrop Summit, gathering the Ubisoft Snowdrop community to share the latest updates and information about the engine’s current state and future.

“The main goal of the summit was really to enable connection, sharing, and branding to reinforce the community of Snowdrop users,” explains Stephanie Pecaoco, Associate Producer at Snowdrop and organizer of the summit.

“It’s a way to create new connections in the community, as well as improving the understanding of Snowdrop through the different talks, breakout rooms, and panels.”

The main goal of the summit was really to enable connection, sharing, and branding to reinforce the community of Snowdrop users.

The plans for the Snowdrop Summit started early this year – although the idea was initially born back in 2018 – and at that point the idea was to host a physical version of the summit. Due to the global pandemic, the plans had to be reorganized and the summit became fully digital – a challenge that the hosts rose to.

“What’s cool about going digital is that it enables more people to participate. Usually with events like these, attendance can be limited because of different onsite and logistical challenges, which we were able to eliminate by going digital. Also, I think it was a plus that everyone could join the sessions from the comfort of their home, with all that entails,” says Stephanie.

The Snowdrop Summit consisted of four half-days filled with different talks, breakout sessions, and updates about the engine. Both the speakers and the participants were from different Ubisoft studios all over the world, and some of the topics that were brought up included audio, ray tracing, build systems, animation systems, and the engine’s tool suite. 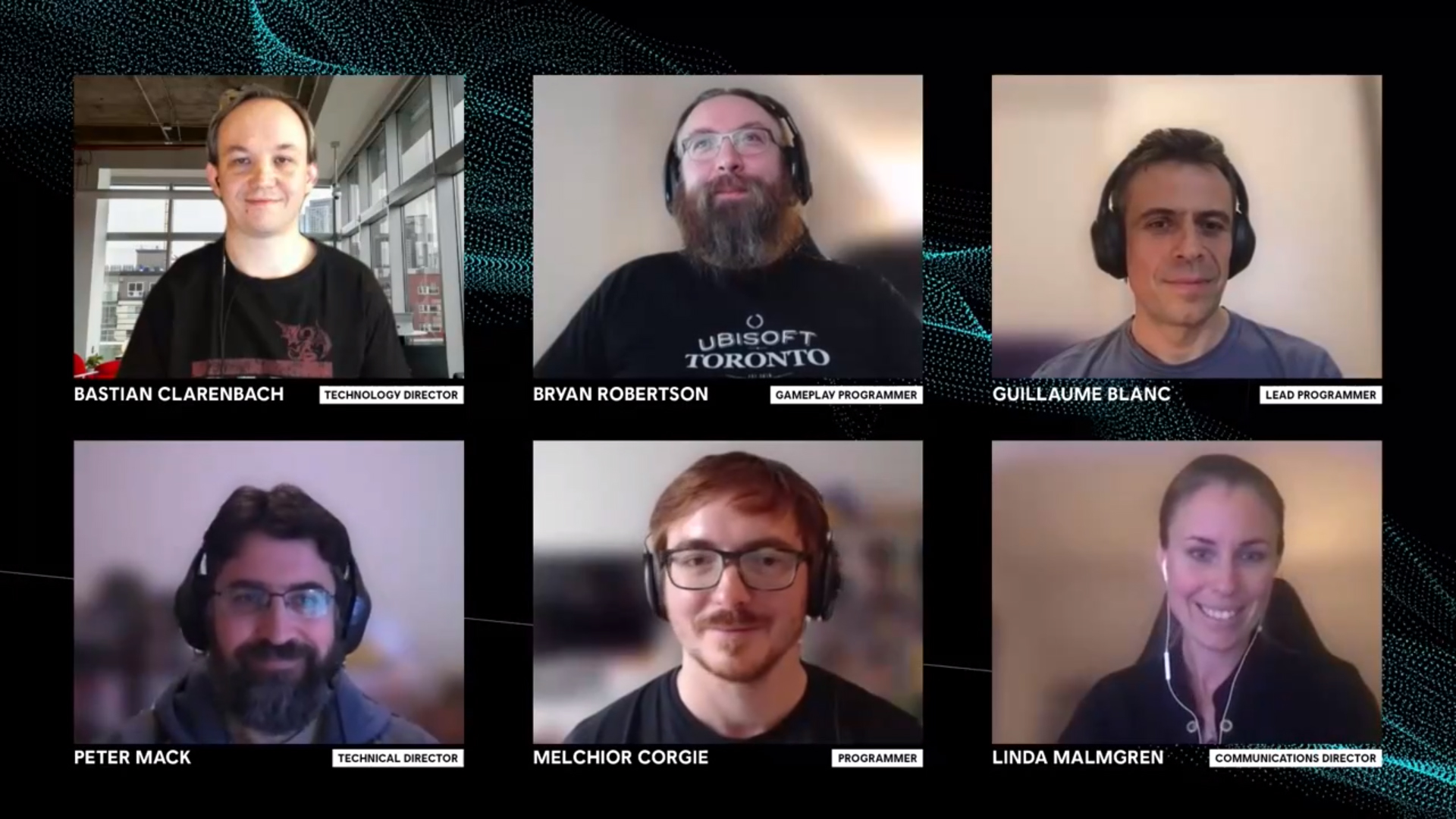 “We treated this event as a platform to unveil features and give our attendees information that we felt was crucial for them to know,” Stephanie explains, and continues:

“Since Snowdrop’s user community is spread across many different Ubisoft studios outside of Massive, it was important for us to also give them an opportunity to express their thoughts and showcase their work in the engine.”

With the overall success of the summit, the team is already now looking at next year’s edition and how they can tweak it to become even better.

“We have definitely had some important learnings from this event which we will take with us for the Snowdrop Summit 2021. We are also opening the floor for all Snowdrop users within Ubisoft to submit their ideas for topics, which should be very interesting.”

“We are really looking forward to keep developing and improving the concept to connect the community and share knowledge about the engine,” concludes Stephanie. How I became a Gameplay Programmer – Natalia’s story