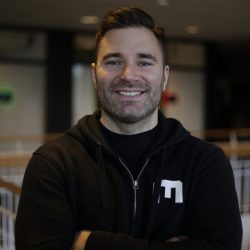 This is an incredibly exciting time for AI and games in general. Next generation consoles are giving us more power, better streaming, and faster rendering. For AI, the general interest-level has never been greater. AI is in the spotlight and all that attention means more resources are going towards this corner of game development.

But there’s a few pitfalls that come along with these new opportunities. It might sound odd coming from someone like me – I’ve worked with AI in games for over 8 years – but there is a risk of game developers trying to do too much with their AI. The purpose of AI is to help us make better games, but it’s incredibly easy to lose sight of that. There’s a temptation to push our AI further just because we can, and that can often be counterproductive.

I’ve identified three myths for AI in action games to look out for. If we keep these in mind, it will help us stay focused on what we’re supposed to be doing – giving players fun, challenging, and engaging gaming experiences.

Myth 1: Intelligence is everything

This is an easy trap to fall into. You might think that if you’ve made the best, smartest AI possible, then you’ve succeeded. But fun gameplay does not logically follow from smart AI. AI only needs to be intelligent enough to support the intended gaming experience. Anything beyond that is unnecessary (even though devising more powerful AI solutions can be a lot of fun.)

Tools for creating AI – machine learning, for example – are complicated and costly. They can take many years to develop for use in a shippable game. If you go beyond what you actually need for the game, the bang for your buck just isn’t there. 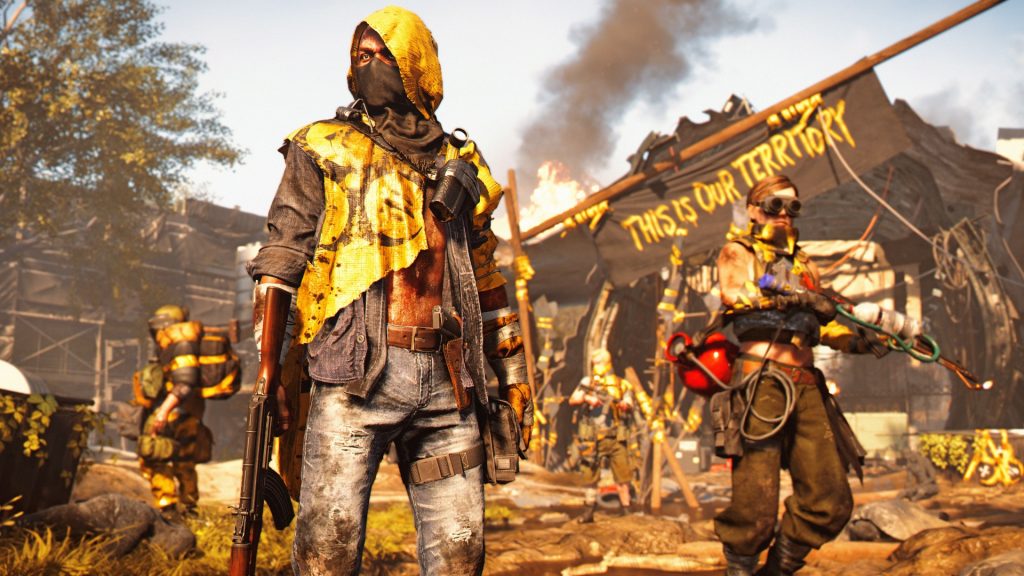 In many ways, player perception is more important than reality. You could have the smartest AI in the world but if the player doesn’t realize that, then what’s the point? I’ve seen lots of comments about games I’ve worked on, and sometimes players praise enemies’ intelligent decision-making and attribute them extra properties when the AI is actually fairly basic. This is partly down to animations and barks: if enemies look and sound like they’re doing something intelligent, then most people will believe it. I’m not saying that it’s fine to have low-quality AI, but if an action game is fun and layered with convincing sound, animation, and other feedback, then a reasonable level of intelligence is enough.

Myth 2: A squad manager and group tactics are a must

There’s a theory that action games need a meta-AI to handle group tactics and decide on enemies’ overall strategy. It sounds like a sophisticated and even logical approach, but it won’t necessarily improve the game.

In a first-person or third-person action game, you generally can’t zoom out and see the full picture. You can’t get a tactical overview or predict the enemy’s patterns of attack as a whole. You have a very limited range of perspectives, so there’s really no way of knowing what’s going on behind the line of enemies you’re engaging with. 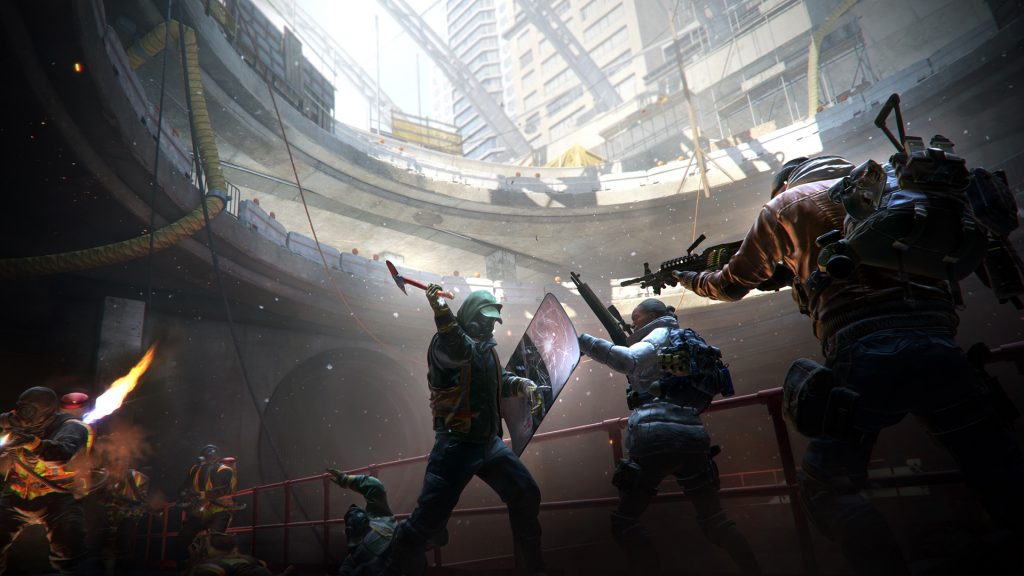 A ticketing system is so much simpler and cheaper, and the player likely won’t notice the difference. Imagine the player is facing a group of enemies. One enemy claims the ‘moving ticket’ – that means that they’ll start moving or pushing towards the player. If you’ve set up the system so there’s only one of these tickets, the other enemies observe this and stay in place to provide cover fire. Done well, it’s a really effective system.

It’s all about perception, and animation and voiceovers can do a lot of the work here. When players hear enemies shouting and gesturing at each other, that’s as likely to give the impression of a coordinated attack as an actual group AI manager.

In action games, you generally want the player to be proactive rather than reactive. If an AI is on top of the player’s every move, continually pinning them back, it increases the level of stress and eventually decreases the level of fun. Sure, there are situations when it’s cool to switch things around and put that kind of pressure on the player but, in general, proactivity is fun, and we want to keep the player in this state as much possible.

Lightning-fast AI generates movement and noise, which can just be too chaotic, exhausting, and frustrating. You want players to feel in control, and instant AI reactions can undermine that. 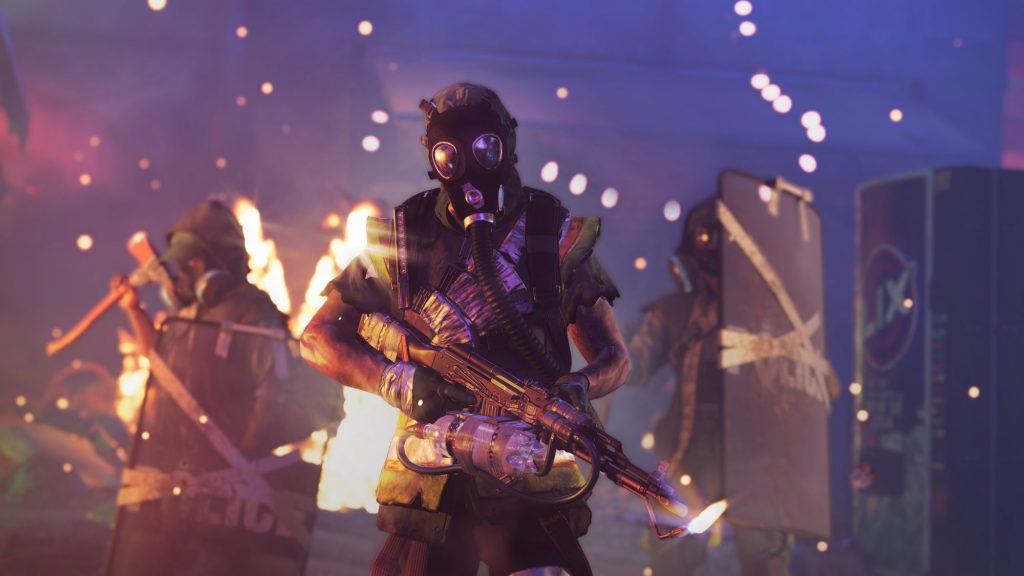 A delayed AI response is very often a good thing. It gives players windows of opportunity for them to exploit that brief moment of time to strike at the enemy – and feel really smart when they’re doing it. It also reduces the cognitive load of the player considerably since they’re not having to constantly reanalyze their situation.

Again, animation and voiceovers help sell this. They make enemy reactions realistic but also exploitable. If enemies look and sound surprised when they’re, for example, hit from behind, that pause gives players a chance to make their move.

Ultimately, creating the smartest, fastest, most comprehensive AI is not a recipe for a good action game. You need to make sure that your AI matches your goals, and your main goal is to create a playable, enjoyable game. There’s always a temptation to go big, to keep adding more features and strengthening your AI, but oftentimes this isn’t a good use of resources; beyond a certain point, it’s not going to improve the gaming experience, and you’re better off focusing on improving the impact of your AI. Just remember – and hopefully I don’t sound too much like a second-rate life-coach – don’t lose track of your goals!

Drew Rechner is Associate Game Director at Massive Entertainment – A Ubisoft Studio. He wants to thank Philip Dunstan, who he’s worked alongside in AI and action games for several years. If you want to go a bit deeper into how Massive uses AI, here’s a video of Philip talking about its role in Tom Clancy’s The Division 2. 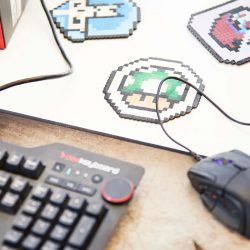 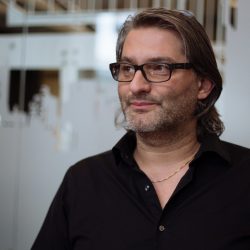 How Data Science and Machine Learning… 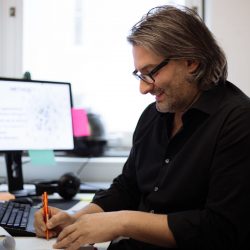